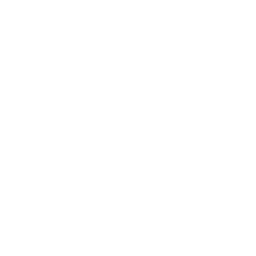 Prototypical and Stereotypical Color in Slavic Languages: Models Based on Folklore

Cognitive theory of worldview in language specifies speakers’ ability to isolate a prototype as the construct of interpretative reality and to use a stereotype as an associative prototype, a process undertaken by certain Slavic cultures. Linguistic conceptualization of basic color categories provides data to explore criteria for assigning prototypes as well the reasons to encode stereotypes. Data derive from 19th-century Russian, Ukrainian, and Serbian folklore.

Therein, color prototypes are radiant and positive, nonprototypes not radiant, negative, and secondary, for which they come to symbolize negative stereotypes. Each color concept harbors a duality of both semantic potentials, which appear to descend from like oppositions in ancient ancestral languages. The data provide background in time depth for comparison with results from associative experiments and with results from psycholinguistic research in contemporary Russian and Ukrainian.

We can illustrate the foregoing thesis by componentially analyzing semantic potentials of color terms that occur frequently in elaborated corpuses of Russian, Ukrainian and Serbian folklore (Kirijevskij, 1986; Franko 1966; Karadzhic 1977). From these, about 4000 examples of color terms are excepted (fully presented in Popovic 1991a). Analytic results are seen in table 1, where the signs of + or – mark presence of absesnce of lexicosemantic features in selected texts.

The grater part of the semantic potentiality of analyzed color terms are their symbolic interpretations which in most cases correspond in all three corpuses, as shown in table 1. For example, in the semantic structure of the term for white we note these meanings, which are bassic to the function of attributes appropriate to white as a symbol: ‘bright’ (@R белый день, @U білий день, @S бели дан), ‘light’ (@R белы кудри, @U білий світ, @S бели свет), ‘clean’ (@R белы ручки @U біле ложе, @S бијело тело), ‘beautiful, healthy’ (@R бел жених, @U біла яко ягода, @S бела снашица), ‘solemn, festal’ (@R бел платок, @U біле вбрання, @S беле даре), ‘pale, sickly’ (@R от бела лица больна), ‘virgin’ (@R невестушка белая,@S бијело голубиће), ‘magical’ (@S бела вила), ‘unfriendly’ (@U білий враг). On close scrutiny and disregarding lexicosemantic variation, we see that these color terms have a specific and special aesthetic bipolarity. Each semantic interpretation reduces to one of two principles – positive or negative color experience. Such opposition underpins symbolic assignment. For terms designating white, the positive pole includes ‘clear,’ ‘light,’ ‘clean,’ ‘beautiful,’ ‘healthy,’ ‘solemn,’ ‘festive,’ and ‘virgin,’ the negative ‘pale,’ ‘sickly,’ ‘magical,’ ‘unfriendly.’ For terms naming black, the positive is ‘beautiful’ or ‘solumn,’ the negative ‘dark,’ ‘ill-omened,’ ‘magical,’ ‘heavy,’ ‘shameful,’ and more.
With such division, we can “cross” semantic potentials of different color terms and can get two lines or appropriate opposite pares. The two are formed by independent aesthetic principles, that is, according to prototypical “good” / “bad” color, which include their nominative meanings. So the positive principle separates ‘light,’ ‘radiant,’ ‘clean,’ ‘solemn,’ ‘festive,’ ‘dear,’ ‘good,’ ‘beautiful,’ ‘agile.’ The named variants belong to a context of semantic potentiality for these color terms: @R белый, @U білий, @S бео, @R золотой, @U золотий, @S златан, @R румяный, @U рум’яный, @S румен, @R черный, @U чорний, @S црн (white, golden, ruddy, black) as well as for many others in the three corpuses. Their adequate symbolic interpretation fosters appropriate aesthetic synonymy, which explains functioning of syntax common to folklore, such as @S девојка бела и румена, сив-зелен соко, @R сив бел сокол It also explains color “contamination,” as Ivic (1995: 96) interprets for gray and green in his “About a Green Horse.” The second separable synonym line is negative: ‘dark,’ ‘pale’, ‘unhealthy,’ ‘dirty,’ ‘shameful,’ ‘sinister,’ ‘magical,’ ‘unfriendly,’ and so forth. Starting from the semantic potential of color terms @R черный, @U чорний, @S црн, @R синий, @U синій, @S сињ, @R белый, @U білий, @S бео (black, blue, white) and others, we can restore an isofunctional relation plus their nominative meanings (complete listing in Popovic 1991a curtailed here to the terms of tabel 1).
Certain synonym and antonym relations, through their variants, include color terms. Exemplified syntax, such as @R милый бел да румян, is based on aesthetic parallel functionality of such color terms as those connected with semantic variants of “beautiful” and “healthy.” According to this principle, color terms could be contra functional if the variants constituting their semantic potential are opposite and if they form an antonym pair. In this way @S бео, румен (white, ruddy) and @S модар, зелен (blue, green) function as aesthetic antonyms, as in Serbian folksongs at weddings we hear that the girl before marriage was white and ruddy, @S бела и румена, but after the marriage she becomes blue and green, модра и зелена (Karadzhic 1977: 7-59).
Opposition between these color terms is based on antonymy of ‘beautiful’ versus ‘ugly,’ ‘healthy’ versus ‘unhealthy,’ which constitute a certain semantic potentiality. Assigning of the lexicosemantic variants concretely connects each with only one color term, as @S бела functions in the meaning of ‘beautiful’ and @S модра in ‘ugly.’ These are symbolic, vibrant meanings based on appreciative experience of the color. Such meanings could not be transmitted in another way, say, by paraphrase, because this would eliminate the characteristic symbolic parallelism with its formulated mysticism (Eco, 1995: 97).
In the semantic structure of color terms, sometimes is found enanthiosemy (@G εναντιος [contrary] + @G σημα [meaning]), that is, adjectives with color meaning in their semantic potentiality but also with semantic features of different aesthetic facets – positive or negative. For example, the Ukrainian color term @U чорний ‘black’ further means ‘dirty, ordinary,’ @U чорна сорочечка ‘dirty shirt’. But @U чорний further means ‘new, clean, solemn’: @U я би його шанувала, в чорні шати убирала ‘I would honour him, dress him in a black (solemn) suit’. A Russian term for color has meanings of ‘beautiful, shiny, solemn’: @R сине глазоньки, синь кафтан, but also ‘dark,’ ‘pale,’ ‘unhappy’: @R синеньки, худеньки; сине тучи. Such variants show that one color is simultaneously composed by diametrically opposite aesthetics within one national conscience. By what means does the conscious beholder accomplish these complex semantics, and how might they pertain to the attested prototypicality? As suggested by analyzing semantic fields of color terms, a synchronic and diachronic basis of conceptualization repeatedly emerges as the “intensive” criterion, the maximum expression of a definite concept in the base of one color prototype.

A parallel to our dualistic archaic system of “radiant – non radiant” prevails in color semantics of some primitive nations. Universalist color-term researches using the so-called table of colors (catalogue of all color nuances) became popular with Berlin and Kay (1969). But, sometimes, researchers are confronted with contradictions during sample identification by questionnaires, because color terms which circulate in some tribes do not mach with any from familiar models. Such was confronted by Jones and Meehan (1978), who describe two basic color terms: “gungaltja” and “gungundja” in the Gynuingali language of an Australian Aboriginal band. It turns out that “gungaltja” does not correspond to the Munsell table, but the Aboriginal interviewee managed to demonstrate its meaning on shiny foil that lay across a bench in their tent. Later he sorted among the pigmented chips “gungaltja” as only about 10%, while he identified the other 90% as from the contrasting “gungundja” class. In this modern archaic opposition, people perceive on the basis of “radiant-nonradiant,” the analogue of our proposal from archaic Slavic and Indo-European reconstruction.
Acceptance of dualistic conceptualization for each color of which roots we find in archaic semantic systems addresses questions confronting color universalists. There are difficulties connected to earlier attempts to divide colors according to light versus dark. Researchers strove to reduce all colors on this principle, which meant that speakers of any language that uses only two two basic color terms obligatorily apply one term to “light,” the other to “dark.” But, the model ambiguously sanctions assortment of red colors in one of the classes, because researchers do not agree on this question (Turner, 1966; Heider, 1972; Conklin, 1973). Further, sorting of red color among the light stimuli inspired perfection of this model to admit “cold” versus “warm”, that is, the words distinguish light-warm versus dark-cold (Heider, 1972), as well as light versus dark-warm colors as in Gynuingali (Jones and Meehan 1978). Yet this model also could be even further discussed, because the dichotomy of warm versus cold color is not natural for many ethnic populations.
Trying to solve this problem, Wierzbicka (1996: 267-276) proposes a macro concept model, that is, of macro white, macro black and macro red color, in which imperfection pervaded this one-sided concept of each individual color. Wierzbicka mentions the connection of macro white with radiance and brilliance; she also suggests that in languages of primitive tribes that use only two color terms, such lexemes actually are not color nominations, rather “generalized description of a reality aspect, as well as visual sensation according to it” (Wierzbicka 1996: 272). But, flaws of her conception are seen in that each color is a one-sided observation sorted into one class of macro white or macro black or macro red. Rather, the dualistic conception based on opposition of “radiant – non radiant” gives us grounds for each color assortment in both classes simultaneously, thus conforming to the radiance concept. Perception of radiance as present or absent is surely connected to the exterior color environment: shortage of sunlight causes absence of radiance as well as so-called dark or cold colors; conversely, plenitude of sunlight causes light and warm colors with radiance and brilliance identification. But it still remains that each color can be both light and dark, cold and warm, which depends on its positive or negative prototype actualization in recipient conscience.

When we embrace all examples and facts as singular manifestations of a whole appearance, we can conclude that the micro system of color terms is grounded in recipient conscience as a complex of aesthetic evaluation. In this, we can isolate prototypic elements, based on personal experience and in accord with a primary reception in a denotative context of the basic radiant quality and stereotypic elements–an associative prototype taken from someone else’s experience, which is, in first instance, collective experience as a component of national worldview reflected, among all else, in folk texts.